<<< Back to Upcoming ACE Courses

An Integrated View of Hepatobiliary Diseases in Cats and Dogs

This 2.5-day course will focus on updates and current discussions of the hepatobiliary system. Content will be delivered by a group of internationally recognized experts from multiple disciplines, including pathology, surgery, nutrition, and radiology. Topics covered will include medical, interventional, and nutritional management of hepatobiliary disease in cats and dogs.

By the end of the course, you should be able to:

Registration will open at the end of June. 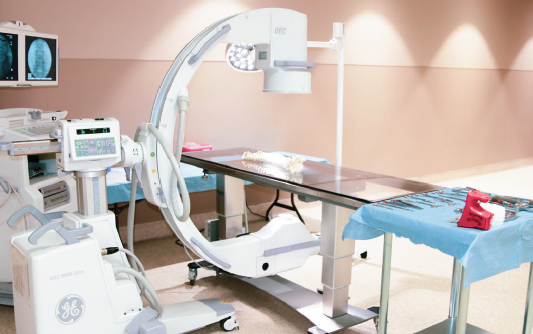 Rebranded from the Oquendo Center, The Viticus Center provides meeting and lab space devoted to practical, clinical, and hands-on learning for the veterinary community. The Oquendo Center is conveniently located about one mile from the Las Vegas McCarran International Airport and about 5 miles from the host conference hotel.

The ACVIM is working on securing discounted hotel rooms at a nearby hotel. Please check back here soon for more information!

This program will be submitted for 20 hours of Live seminar/lecture medical continuing education credit in jurisdictions which recognize AAVSB RACE-approval.

Dr. Jonathan Lidbury received his veterinary degree from the University of Glasgow, Scotland in 2002. He worked for several years in general and referral practices in the United Kingdom before completing an internship in small animal medicine and surgery at the California Animal Hospital, Los Angeles, California. In 2007, Dr, Lidbury joined the Gastrointestinal Laboratory, Texas A&M University as a PhD student and he started his residency in small animal internal medicine in 2008. He currently serves as an Assistant Professor with the Department of Veterinary Small Animal Clinical Sciences, Texas A&M University. He is interested in all areas of small animal hepatology and gastroenterology.

Dr. John Cullen received his undergraduate and veterinary training at the University of Pennsylvania. Following graduation, he completed a small animal medical internship at Angell Memorial Animal Hospital in Boston. After a few years in small animal practice, Dr. Cullen pursued an anatomic pathology residency and graduate studies at the University of California, Davis, where he says his enthusiasm for hepatic pathology began. Dr. Cullen has been at North Carolina State University in Raleigh for the last 37 years, where he divides his time between diagnostics, teaching and research. He has written and co-authored a number of manuscripts and several book chapters on liver diseases of animals and was recently named a Distinguished Member of the American College of Veterinary Pathologists, where he has served on the council and as President.

Dr. Hille Fieten is assistant professor at Utrecht University as European Specialist of Companion Animal Internal Medicine, with a special interest in Hepatology. Her research interests are in Hepatology and Genetics and she obtained her PhD by elucidating the genetic background of copper-associated hepatitis in Labrador retrievers. She currently is the director of the Expertise Centre Genetics of Companion animals (www.uu.nl/ecgg) where she works with her team work on the eradication of hereditary diseases from companion animal populations.

Dr. Valerie Parker is currently an Associate Professor at The Ohio State University. She received her DVM from Tufts University, followed by a small animal internship at the Animal Medical Center in New York City. She then completed a small animal internal medicine residency at Iowa State University and a nutrition residency at Tufts University. Dr. Parker is a diplomate of both the American College of Veterinary Internal Medicine and the American College of Veterinary Nutrition. Her primary areas of interest include kidney disease, gastrointestinal disease, and vitamin D metabolism, as well as nutritional management of a variety of canine and feline diseases.

Dr. Chick Weisse completed his small animal surgical residency training at the Veterinary Hospital of the University of Pennsylvania in 2002 and then pursued advanced training through a customized fellowship in Interventional Radiology at the (human) Hospital of the University of Pennsylvania in 2003. He held dual appointments in surgery and radiology as an Assistant Professor at both the veterinary and human hospitals, respectively before coming to the Animal Medical Center in New York City in 2009 as staff surgeon and Director of Interventional Radiology Services.  Educational interests include expanding minimally invasive veterinary interventional radiology (IR) techniques through describing new procedures and training veterinarians. Research interests include IR techniques for non-resectable and metastatic cancers, palliative stenting for malignant obstructions, vascular anomalies such as portosystemic shunts and AVMs, and stenting for tracheal collapse.

Dr. Tarini Ullal is a gastroenterology and hepatology fellow at University of California, Davis. She graduated from the University of California, Davis in 2015, completed a small animal rotating internship at North Carolina State University, and an internal medicine residency at Colorado State University. Her clinical and research interests focus on hepatic and gastrointestinal disease with a special interest in idiopathic chronic hepatitis, copper hepatopathy, and esophageal disorders in dogs.